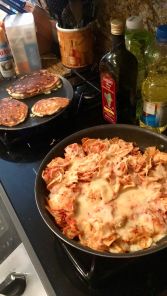 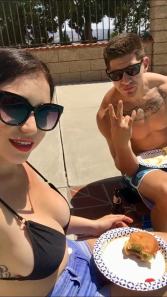 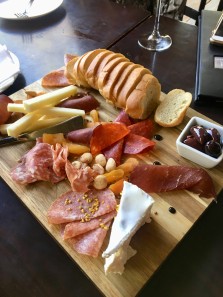 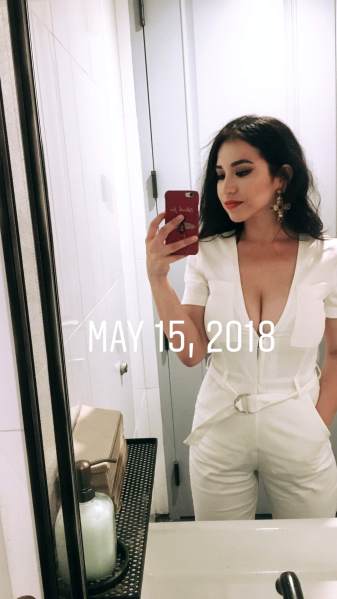 I’ve always considered turning 25 a midlife crisis. In my not so overdramatic state of life (sarcasm) I’ve been considering all the different routes it can take: I could pack up my bags and move to Spain and teach English. I could get my Masters degree. I could still be jobless. I could land my first career job. Or I could be engaged, who knows!

Alas, the road less travelled by could be my only option and whatever it is, hopefully it makes the difference.

On my 25th birthday this past 15th of May, I lived one of the best celebrations of turning a quarter of a century. My agenda was set and clear and my friends, family, boyfriend and his family all contributed to it. It was a perfect day catered to my needs in contrast to the organized chaos that was my Vegas trip ten days prior.

I worked out at 6 a.m., made blueberry banana pancakes and chilaquiles, experienced my first massage therapy session, laid out by the pool with my favorite sour beer, grilled burgers with my boyfriend, had wine and charcuterie with my girlfriends, shared an Italian dinner with my love, and finally came home to a cookies and cream ice cream cake with my boyfriend’s family. It could have been the bottle of Malbec we had at dinner, but I was definitely drunk in love. In love with the entire day and how bittersweet it was finally coming to an end. In love with the setting of being surrounded by people who really went out of their way to celebrate with me on a Tuesday. In love with feeling a part of a family other than my own.

As I age and notice a few differences here and there mentally and physically, the one right decision I’ve made so far was starting anew in the journey for love.

To be quite honest really, the only thing keeping me sane from the uncertainty of my life post-grad purgatory is the growing relationship between my boyfriend and I. Although my days are consumed by him I admit, my weakness is an inability to say no to him but I wouldn’t have it any other way.

Part of it I think is because we are both are learning how to communicate feelings with each other for the first time in a serious relationship. In our romantic growth I see parts of me in him and vice versa. In Vegas we had our first fight and it was a result of neither of us being on the same page. Standing in front of him, bawling my eyes out and trying to explain myself to him stripped me down to pure emotional nudity. But in that moment I knew how much this person would mean to me in my life because I knew I truly loved him, even in the midst of it all. I was hurting because I wanted to make him happy and he was hurting because he was trying to do the same for me, but mixed up in the emotional mess we both did something we didn’t want to do and that was fight each other. Finally, the conclusion we both needed to hear; that the problem is not between us two, the problem is only in itself.

Sometimes there are things I want to say to him that I don’t know how to articulate in the correct manner. So I come here and say the things I want to knowing he will read them later.  Everything I write, everything I think about somehow always goes back to him but in the most soothing of ways. In my twenty-fifth year of life I think I found the person who will change this life forever.

Professional human being, unprofessional writer. Short and sweet descriptions of my current disposition based on the alignment of the planets. Los Angeles and New York and everywhere in between. View all posts by jilliansalas